The Roman and his Question

Once there was a teacher who was teaching his Jewish students.  And as often was the case, some romans would come it and sit in the class -not to learn, but to try and stump the teacher or make trouble.

Sure enough a Roman entered the class just when the teacher was teaching about the court system. His last words were, "and so the majority rules!"

The man didn't hear the earlier part of the lecture and said, " so ! if the majority rules, then you all must conform to the Roman's ways because we are more of a majority!"

He asked the Roman. "How are you, Sir? Do you have sons?"

"How are your sons?" Asked the teacher.

"Its a big headache when they come to visit," sighed the Roman. "they each come with their personal gods and arguments always insue as to which god is the preferred one."

So the teacher replied, "When you can sort it out between your sons, then come back and I'll answer your question."

As we all look on at the Muslim take over of the world, we are hesitant to really band together and really do something about it.  The goverments discourage it, but also the people are scattered.

My own personal fear is that many Americans and Europeans will want the help of others to fight Islam. They will praise the fighters in Myanmar for their victories, they will note the successes in Africa.

But once, if ever, the Muslims are defeated, my fear is that those same fighters will become "non-humans" once again in the eyes of the Americans and Europeans.

Basically, we are so scattered and divided, we are not a majority.
Posted by Miriam at 1:13 AM

Hi Miriam, Its Bina and I cant reach you! I was in your neighborhood twice in the past year and your phone numbers arent working, at least the ones I have. I really wanted to see you :( !!!
Call me, I miss you!
I have so much to catch up about! I'm sure you do too :)

I'll call you. we Changed our number. 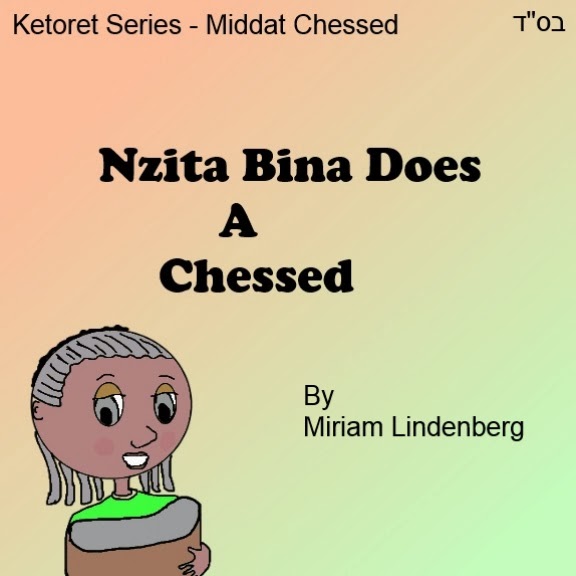 .Granny's Got a Gun!

That's right! A Chicago resident, 68 year old lady shot a neighborhood thug who constantly harrassed her and many other neighbors. The thug, who is 12 years old and a ring leader, was shot in the arm and is currently in the hospital.

She was the brave one. The one who arose against the sea of violence trying to claim her Black community.

But what now? Will other rise to the occasion? Will they muster up some holy boldness and take whatever action is needed for their safety?

Only time will tell.

Hat tip = What About Our Daughters blog

.
High Holidays are Over

Its time to roll up the sleeves and get back to work.

Get it straight from the maker.

To get your very own Ugandan Kippah (and to support that community), please contact Tarphon Kamya at tarphon7days@yahoo.com .